The Crucial Changes Necessary for Good Governance in Somaliland 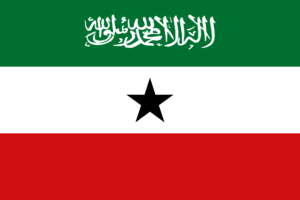 Somaliland politicians made a grave mistake in 1960 by joining the ill-fated union, 58 years have passed since then and the people of Somaliland have tremendously survived as a result to these days. It’s now 27 years since Somaliland re-established its independence, successive governments and the citizens have accomplished much since then, but again many matters on the part of the state need to be addressed. If the outstanding issues at hand aren’t urgently address, we risk losing our statehood for the second time hence our enemy capitalizing on our weakness.

The Idea of SOMALILAND-FIRST (or DAN-QARAN) consists of 10 topics and they are as follow: –

Somalis have a saying which goes, NABAD IYO CAANO (or PEACE AND MILK). Security is one of the pillars of development and governance. Without peace and security there will be no rule of law or development hence the need to uphold our security. Maintaining our security should not be the responsibility any particular one group, political or which serves the personal interests. Therefore, in order to establish unflinching peace and security, we need to create A NATIONAL SECURITY COMMISSION, which shall in turn be working directly with the House of Elders (The future GOLAHA GUURTIDA).

To implement these points, the law regulates this agency should be created and passed.

A Somali’s saying which says: “RAG CADAALAD WAAYAY SIDII CAWSHA KALA YAAC” (MEN WHO ARE SUBJECTED TO INJUSTICE SCATTER LIKE ANTELOPES), or “No Justice No Peace”. The judiciary should be independent from government and politician’s interference. Therefore, to build a justice the public can trust, we should create a COMMISSION OF JUSTICE, which works with the future GOLAHA GUURTIDA (House of elders).

The task of this committee should be:

To implement these points, the Article of the Constitution that address Justice should be amended.

Economy is one of the basic pillars of sustainability and essential tool for the development. Therefore, we should create a committee consisting of panel of experts to develop a strong economy. The task of this committee should be:

The Somaliland constitution was drafted during a fragile time when most citizens were living in refugee camps and foreign countries. However, the document is still a draft, and it needed to be completed. As a result, the committee should consist panel of experts which re-examine the Constitution. The constitution must be overhauled so as to overcome the existing contradictory factors and barriers to the development of the country.

The members of the future GOLAHA GUURTIDA should be selected body from Somaliland intellectuals, and he/she should be an independent and not affiliate with any political party. The Article of the Constitution that address GOLAHA GUURTIDA (The House of Elders) should be amended, especially the clauses that deals with how we elect them, and the function of this Institution.

THE POWERS OF THE HOUSE OF ELDERS (The future GOLAHA GUURTIDA):

THESE INDEPENDENT COMMISSIONS SHOULD FALLING UNDER THE JURISDICTION OF THE GOLAHA GUURTIDA (THE HOUSE OF ELDERS): –

THESE STATE AGENCIES/PASTORALS SHOULD ALSO FALL UNDER THE JURISDICTION OF THE HOUSE OF ELDERS: –

People will be willing to pay tax, when they trust the government. Therefore, we should create an independent TREASURY DEPARTMENT, which works with the future GOLAHA GUURTIDA (House of elders).

The basic functions of the Treasury Department are:

Tax rates should be reasonable, and modern tax collection system should be utilized. The law regulates this agency should be created and passed by both houses.

The law regulates this agency should be created and passed.

The local governments should be reformed,

The executive branch (OR CENTRAL GOVERNMENT) should have a SLIM CABINET. The cabinet should not exceed 15 Ministers, 5 Presidential advisers and 30 Director Generals. No need for Deputy Ministers and State Ministers. And also, the law regulates this agency should be created and passed.

This commission will consist traditional elders, and its main task is to assist the government about the security issues at the rural areas.

Friends of Somaliland Click HERE to support these REFORMS