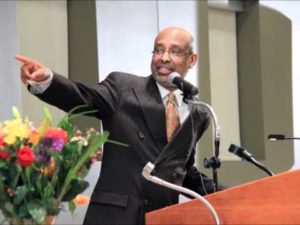 Dr. Ahmed I. Samatar, founding Dean of Macalester’s Institute for Global Citizenship, has lectured at many universities and colleges, including Cornell, Harvard, Iowa, London School of African and Oriental Studies, London School of Economics and Political Science, Somali National University, Toronto, University of Amsterdam, University of Pennsylvania, North Carolina (Chapel Hill), York, University of Otago, and Wellesley College. Samatar, whose expertise is in the areas of global political economy, political and social thought, and African development, is the author/co-author/editor of five books and over forty articles and reviews, including Beware of the Jihadist Component (New York Times, 2013).

The members of this Coalition of DAN-QARAN ‘Somaliland First’ have worked tirelessly to carefully put together historic ideas to help move the future of the nation in the right direction. Prof. Samater, we humbly ask you to consider these ideas that are in the best interest for our nation and its citizens. The most important ideas and proposals put together by the Coalition of DAN-QARAN ‘Somaliland First’ will prioritize:

Prof. Samater, the Coalition of DAN-QARAN ‘Somaliland First’ movement are comprised of citizens and intellectuals within the Republic of Somaliland and the diaspora. The aforementioned members of the movement would like to see the ideas and proposals implemented towards the nations development.

The implementation of the ideas and proposals made by the Coalition of DAN-QARAN ‘Somaliland First’ will need sincere intellectuals who are dedicated in seeing the Republic of Somaliland reach its full potential. We are here for any support along the way.

Prof. Samater, we are asking you to support us, so that our nation and its people will achieve these above goals.

Please Login with the Login credentials we provided to you.