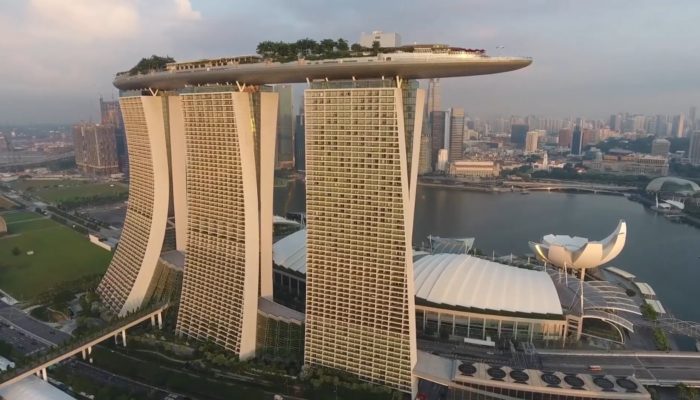 How the Prime Minister Lee Kuan Yew put Singapore the path of economic power, and what should our politicians learn from him.

After ‘Malayan Prime Minister’ Tunku Abdul Rahman proposed the formation of a federation which would include Malaya, Singapore, Sabah and Sarawak in 1961, Lee began to campaign for a merger to end British colonial rule. He used the results of a referendum held on 1 September 1962, in which 70% of the votes were cast in support of his proposal, to demonstrate that the people supported his plan; most of the other votes were blank, as Lee had not allowed a “No” option.

On 16 September 1963, Singapore became part of the new Federation of Malaysia. However, the union was short-lived. The Malaysian central government, ruled by the United Malays National Organization (UMNO), became worried by the inclusion of Singapore’s Chinese majority and the political challenge of the PAP in Malaysia.

The 1964 race riots in Singapore followed, such as that on 21 July 1964, near Kallang Gasworks, in which 23 people were killed and hundreds injured as Chinese and Malays attacked each other.

Unable to resolve the crisis, Tunku Abdul Rahman decided to expel Singapore from Malaysia, choosing to “sever all ties with a State Government that showed no measure of loyalty to its Central Government”. Lee refused and tried to work out a compromise, but without success. He was later convinced by Goh Keng Swee that the secession was inevitable. Lee signed a separation agreement on 7 August 1965, which discussed Singapore’s post-separation relations with Malaysia in order to continue co-operation in areas such as trade and mutual defense.

The failure of the merger was a heavy blow to Lee, who believed that it was crucial for Singapore’s survival. In a televised press conference that day, he fought back tears and briefly stopped to regain his composure as he formally announced the separation and the full independence of Singapore to an anxious population:

“Every time we look back on this moment when we signed this agreement which severed Singapore from Malaysia, it will be a moment of anguish. For me it is a moment of anguish because all my life … you see, the whole of my adult life … I have believed in Merger and the unity of these two territories. You know, it’s a people connected by geography, economics, and ties of kinship…”

On that same day, 9 August 1965, just as the press conference ended, the Malaysian parliament passed the required resolution that would sever Singapore’s ties to Malaysia as a state, and thus the Republic of Singapore was created.

Singapore’s lack of natural resources, a water supply that was derived primarily from Malaysia and a very limited defensive capability were the major challenges which Lee and the nascent Singaporean government faced.

Despite the momentous event, Lee did not call for the parliament to convene to reconcile issues that Singapore would face immediately as a new nation. Without giving further instructions on who should act in his absence, he went into isolation for six weeks, unreachable by phone, on a Singapore island.

According to Dr Toh Chin Chye, the parliament hung in suspended animation until the sitting in December that year.

In his memoirs, Lee said that he was unable to sleep. Upon learning of Lee’s condition from the ‘British High Commissioner’ to Singapore, John Robb, the British Prime Minister, Harold Wilson, expressed concern, in response to which Lee replied:

“Do not worry about Singapore. My colleagues and I are sane, rational people even in our moments of anguish. We will weigh all possible consequences before we make any move on the political chessboard…”

Lee began to seek international recognition of Singapore’s independence. Singapore joined the United Nations on 21 September 1965, and founded the ‘Association of Southeast Asian Nations’ (ASEAN) on 8 August 1967 with four other South-East Asian countries. Lee made his first official visit to Indonesia on 25 May 1973, just a few years after the Indonesia Malaysia confrontation under Sukarno’s regime. Relations between Singapore and Indonesia substantially improved as subsequent visits were made between the two countries.

Singapore has never had a dominant culture to which immigrants could assimilate even though Malay was the dominant language at that time. Together with efforts from the government and ruling party, Lee tried to create a unique Singaporean identity in the 1970s and 1980s one which heavily recognized racial consciousness within the umbrella of multiculturalism.

Lee and his government stressed the importance of maintaining religious tolerance and racial harmony, and they were ready to use the law to counter any threat that might incite ethnic and religious violence.

The vulnerability of Singapore was deeply felt, with threats from multiple sources including the communists and Indonesia with its confrontational stance. As Singapore gained admission to the United Nations, Lee quickly sought international recognition of Singapore’s independence. He appointed ‘Goh Keng Swee’ as Minister for the Interior and Defense to build up the ‘Singapore Armed Forces’ (SAF) and requested help from other countries. Lee introduced conscription whereby all able-bodied male Singaporean citizens age 18 and above are required to serve National Service (NS) either in the Singapore Armed Forces, ‘Singapore Police Force’ or the Singapore Civil Defence Force. By 1971, Singapore had 17 national service battalions (16,000 men) with 14 battalions (11,000 men) in the reserves. In 1975, Lee managed to convince then-Premier ‘Chiang Ching-kuo’ of Taiwan (ROC)?to permit Singaporean troops to train in Taiwan, under the codename “Exercise Starlight”.

One of Lee’s most urgent tasks upon Singapore’s independence was to provide stable jobs for its people, as unemployment was high. ‘Tourism’ helped but did not completely resolve the unemployment problem. Together with his economic aide, ‘Economic Development Board’ chairman Hon Sui Sen, and in consultation with Dutch economist Albert Winsemius, Lee set up factories and initially focused on the manufacturing industry. Before the British completely withdrew from Singapore in 1971, Lee also persuaded the British not to destroy their dock and had the British naval dockyard later converted for civilian use.

After years of trial and error, Lee and his cabinet decided the best way to boost Singapore’s economy was to attract foreign investments from the multinational corporations (MNCs). By establishing a First World infrastructure and standards in Singapore, the new nation could woo American, Japanese and European entrepreneurs and professionals to set up base here. By the 1970s, the arrival of MNCs like Texas Instruments, Hewlett-Packard and General Electric laid the foundations, turning Singapore into a major electronics exporter the following decade. Workers were frequently retrained to familiarize themselves with the work systems and cultures of foreign MNCs. The government also started several new industries, such as steel mills under ‘National Iron and Steel Mills’, service industries like Neptune Orient Lines, and the Singapore Airlines.

Lee and his cabinet also worked to establish Singapore as an international financial center. Foreign bankers were assured of the reliability of Singapore’s social conditions, with top-class infrastructure and skilled professionals, and investors were made to understand that the Singapore government would pursue sound macroeconomic policies, with budget surpluses, leading to a stable valued Singapore dollar.

Throughout the tenure of his office, Lee always placed great importance on developing the economy, and his attention to detail on this aspect went even to the extent of connecting it with other facets of Singapore, including the country’s extensive and meticulous tending of its international image of being a “Garden City”, something that has been sustained to this day.

Singapore had problems with political corruption. Lee introduced legislation giving the Corrupt Practices Investigation Bureau (CPIB) greater power to conduct arrests, search, call up witnesses, and investigate bank accounts and income-tax returns of suspected persons and their families. Lee believed that ministers should be well paid in order to maintain a clean and honest government. On 21 November 1986, Lee received a complaint of corruption against then Minister for National Development Teh Cheang Wan. Lee was against corruption and he authorized the?CPIB?to carry out investigations on Teh, but Teh committed suicide before any charges could be pressed against him. In 1994, he proposed to link the salaries of ministers, judges, and top civil servants to the salaries of top professionals in the private sector, arguing that this would help recruit and retain talent to serve in the public sector.

One of Lee’s abiding beliefs was in the efficacy of?corporal punishment?in the form of caning. In his autobiography ‘The Singapore Story’ he described his time at Raffles Institution in the 1930s, mentioning that he was caned there for chronic lateness by the then headmaster, D. W. McLeod. He wrote: “I bent over a chair and was given three of the best with my trousers on. I did not think he lightened his strokes. I have never understood why Western educationists are so much against corporal punishment. It did my fellow students and me no harm.”

Lee’s government inherited judicial corporal punishment from British rule, but greatly expanded its scope. Under the British, it had been used as a penalty for offences involving personal violence, amounting to a handful of caning sentences per year. The PAP government under Lee extended its use to an ever-expanding range of crimes. By 1993 it was mandatory for 42 offences and optional for a further 42. Those routinely ordered by the courts to be caned now include drug addicts and illegal immigrants. From 602 canings in 1987, the figure rose to 3,244 in 1993 and to 6,404 in 2007.

In 1994 judicial caning was intensely publicized in the rest of the world when an American teenager, Michael Fay, was caned under the vandalism legislation.

School corporal punishment (for male students only) was likewise inherited from the British, and this is in widespread use to discipline disobedient schoolboys, still under legislation from 1957. Lee also introduced caning in the Singapore Armed Forces, and Singapore is one of the few countries in the world where corporal punishment is an official penalty in military discipline.

Singapore has traditionally relied on water from Malaysia. However, this reliance has made Singapore subject to the possibility of price increases and allowed Malaysian officials to use the water reliance as a political leverage by threatening to cut off supply. In order to reduce this problem, Lee decided to experiment with water recycling in 1974. However, the water treatment plant was closed in 1975 due to cost and reliability issues. In 1998, the Public Utilities Board (PUB) and the Ministry of the Environment and Water Resources (MEWR) initiated the Singapore Water Reclamation Study (NEWater Study). The aim was to determine if NEWater was a viable source of raw water for Singapore’s needs. In 2001, PUB initiated efforts to increase water supplies for non-potable use. Using NEWater for these would help reduce the demand on the reservoirs for potable water.

The Singapore International Water Week was started in 2008; it focused on sustainable water solutions for cities. The Lee Kuan Yew Water Prize was introduced in recognition given to outstanding contributions towards solving global water crisis. The prize has become an international award given out to individuals and groups worldwide.